1)   You’re so much more patriotic for your British roots this side of the Atlantic than you ever were when you lived in Blighty. You might even do daft and corny things like me and slap a British license plate on the front of your car.  Oh Yeah! 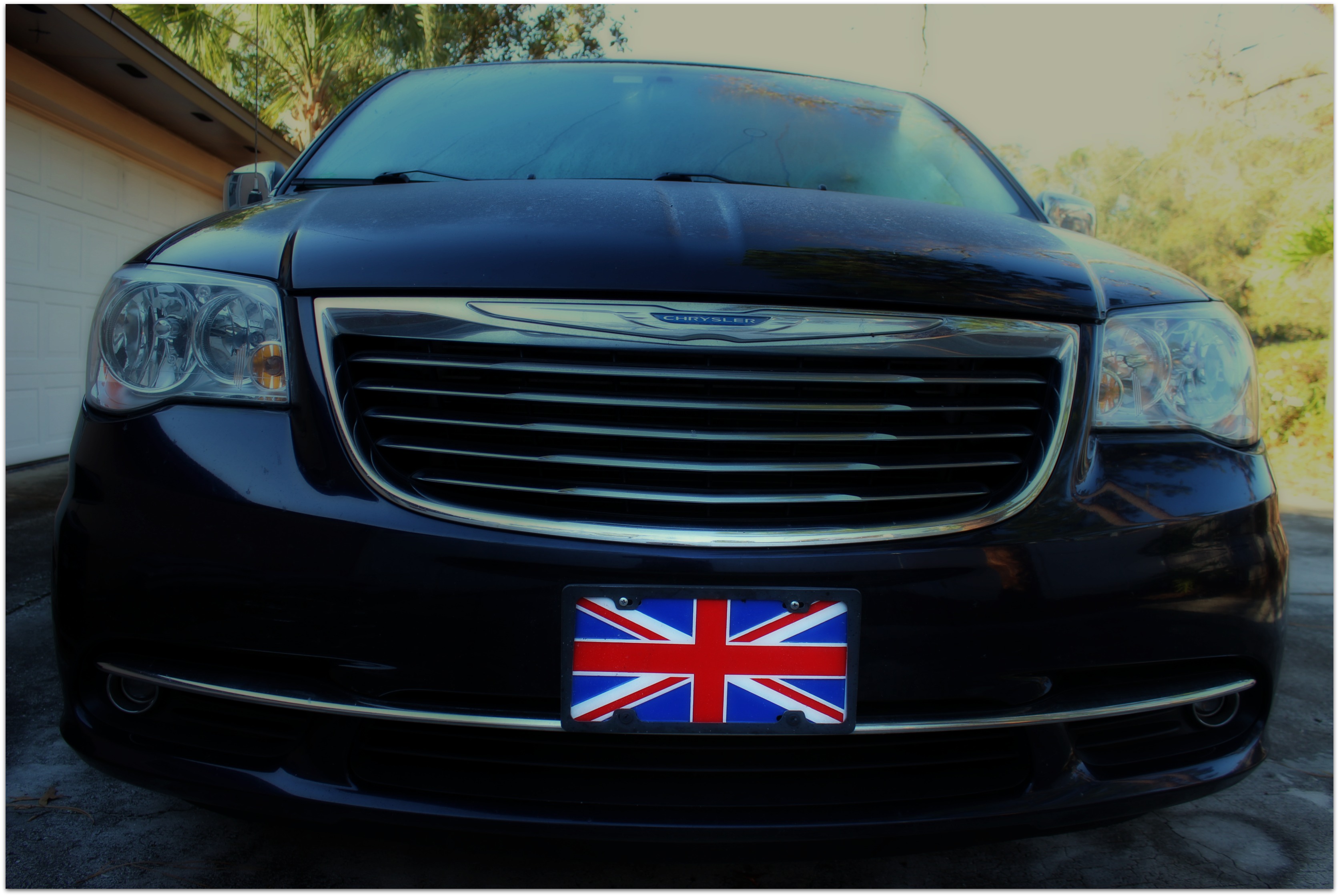 2) You befriend-with added excitement-any fellow expat Brit you meet. You probably wouldn’t be pals on home turf but here you care not.  They’re British, and in your ex patriotic book, that’s all the ingredients you need for a successful friendship.

In fact, you feel at home with anybody from Europe.  Yup, French included.

3) July 4th’s a bit awkward!  Or a day that seems to attract headaches.  “No, no, you go and enjoy the fireworks without me.  Really.”

4) Tea drinking becomes ritualistic and you’re snobby to mind its PG, Tetley or Yorkshire, never mind the extortionate import tax.  (No, none of your American ‘English Black Tea ‘thank you very much. Its not the same thing.)

5) When a visiting relative from back home asks if they can bring anything over, you send a long emailed list, usually consisting of the likes of proper chocolate (Whisper, Aero, etc), Monster Munch, tea (duh) and chocolaty Hobnobs.

6) You frequently hark back to how things are done back home (always with a suggestion things are done better there): Online food shopping, healthcare, restaurants, schooling, work/life balance. Could go on. Won’t for time’s sake.

7) Must have obligatory moans about the American lifestyle in general with new British expatriate pal.  Why?  Because it really is fun. Really. We enjoy it, thoroughly.

8) BUT, goalposts shift back home in Blighty.  If a Brit braves a comment regarding American obesity or brashness or questionable social system you find yourself coming over all American and defensive.  How dare they!  Only you can criticize the Americans!  You and your green card have earned that right!

9) So you find yourself becoming interchangeably British or American as it serves you.  Will n’ Kate marry and NO ONE flaps that British flag as wildly as you do at the telly.  You show ’em. Wimbledon-or indeed any sporting event- is on (yes, even the footie) and gosh, look at that! You’re channeling your American half once again. 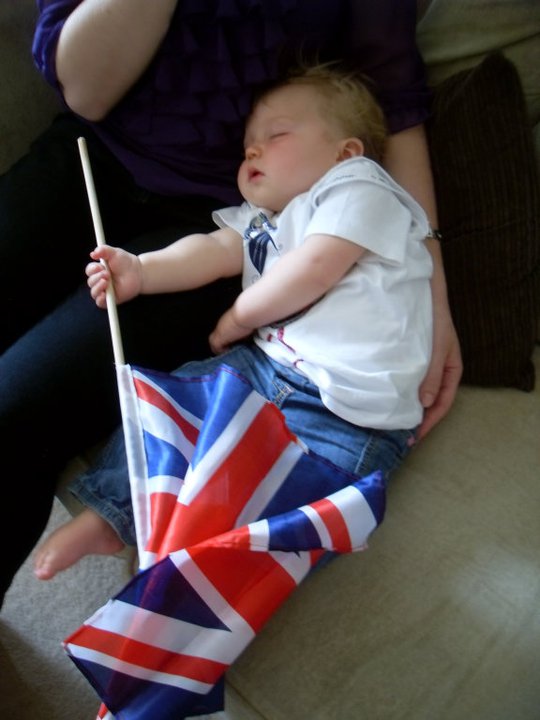 Atta Girl: Watching the Royal Wedding in 2011. All that patriotic flag- flapping proving to be exhausting for my Soph.

10) You’ve started to drop the ‘u’ in color, humor and favorite, etc.  Not because you’re becoming particularly Americanized but you simply can’t be bothered to argue with the darn spell-check anymore.  Plus its one less letter to worry about.

11) If you have Americanized children, you’re at pains to stuff some British culture in them. They may sound American, but by God you’ll insure they know the meaning of loo, cinema and petrol…

12)…and, of course, rites of passage such as how to negotiate eating runny egg soldiers, to make a bangin’ cuppa and exactly how a proper Roast is done, British-styli, Bistro gravy, trimmings and all.

13) You rue the day your kids call you mommy, instead of-sob- mummy!  Or daaady instead of dad-dee. 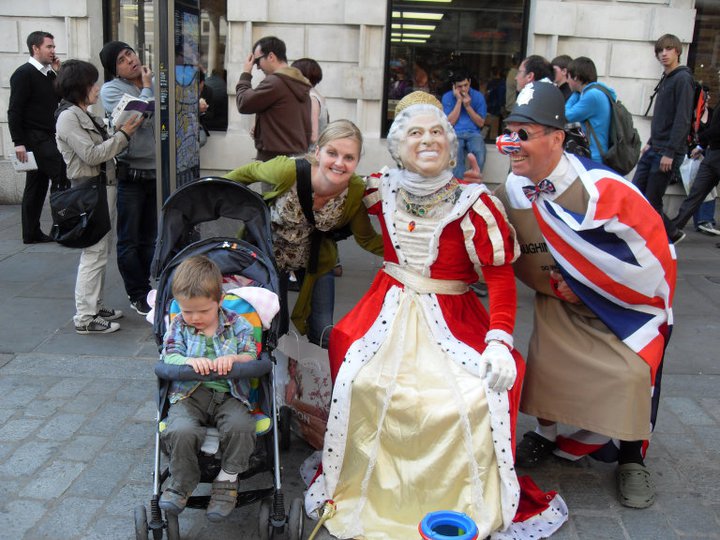 Must do obligatory tourist things when taking Americanized kids home. Even amidst disapproval.

14) To your mind at least, the likes of Corrie and EastEnders graduate from gritty soap operas to landmark British institutions.

15) You know and love IKEA to be not just a fab and nostalgic furniture store, but also the place to hear a pacifying British accent or ten.

Namaste Oh Fellow Foreign One, here’s to keeping things in our world British:-)