Happy Sunday to you, friends!  My weekly rantings have been more like monthly, haven’t they?!  Yes, trying to negotiate children, activities, home improvements and a new job is quite time-consuming.  Plus I’ve just began teaching a guided meditation, so researching and writing scripts has swallowed time, although I adore every moment of it. But I will write whenever I can. My heart, if not my schedule, is devoted to Bright Side.

So the kids are back in school, they started last week in fact.  I know, early!  Poor mites, they haven’t a break now until Christmas.  So we’re slipping into routine.  We relish our dinner times together, noisily sharing news through mouthfuls.

Thanks to still having no kitchen (but hallelujah we have a floor)! We’re reliant on the BBQ as our primary cooking source.  Last night we had salmon, rice and a hearty salad.  Alex said the salmon was dry and he didn’t want to eat it.  The white bits, apparently, didn’t do much to tantalize his taste buds.  Granted it was a minute or four over but its not so easy cooking over a ferocious flame, I explained.

I almost rolled my own eyes but, yes, I plucked the “do you know how many starving children would sacrifice…” speech.

The conversation evolved, amongst the four of us, into Eric and I deciding a very real way for our children to realize their privileges and feel deep compassion is for them to experience a third world country.  India has been planned for my fortieth since, well, my thirtieth birthday.  We’d also like to take the kids to Sierra Leone, Africa, where Eric and I first met.  We plan to wait until they’re teens, a bit more savvy, and able to constitute the injections necessary and malaria pills we’ll have to take during our visit. But we’re all enthusiastic to go nonetheless.

Sierra Leone is extremely dear to our hearts. Eric called it home for six months and I as a Flight Attendant flew there most months for a five day stay each time.  It was beside the seaweed green pool that Eric offered me my first foot rub, the same pool which I later caught a tropical disease, Shigellosis from, rendering me hospitalized for days and very poorly indeed.  Its also where we ate fish freshly caught from the sea, amidst a stunning beach all to ourselves.  No need to tell the kids that later that evening I’d drank so much Crown Royal, amidst the burning sun, that I vomited all over the shoreline.  Ah, happy memories! 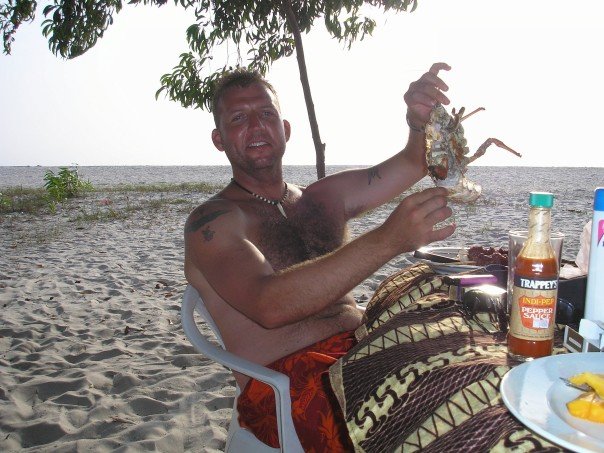 But most of all, we carried away, etched into our souls, the material lack of so many in that country.  I remember always leaving food on my plate, so that the waiter could eat the remains.  We’d see them scurry food into their mouths from the walk back to the kitchen.  Everywhere we went we had imploring hands shoved through Eric’s jeep.  They’d be delighted with whatever spoils we could offer them; last weeks ‘Heat’ magazine, sweets, old mobile phones, clothes.  Our hotel security guards loved it when we’d drink ourselves into generosity, stuffing Sierra Leone dollars into their grateful hands, amidst hugs and stories of British culture.  We’d also marvel into their wisdom, their outlook on life.  It was a conversation with a Sierra Leone man that inspired Eric to  accepting and finding peace in regards to his previous marriage.

Changing up just ten pounds gave us a wedge of Sierra Leone dollars, so we were able to spend with abandon.  That being said, all we ever really bought was cheap fags and tequila shots.

Although we’re obviously going to show our children a less riotous experience of Sierra Leone, we want to take them there nevertheless.  We’ve managed to inspire them with our stories.  Eric helped to captivate my young heart whilst out there when I discovered he’d started a charity to supply a local orphanage with school materials.  These pictures say it all, really. 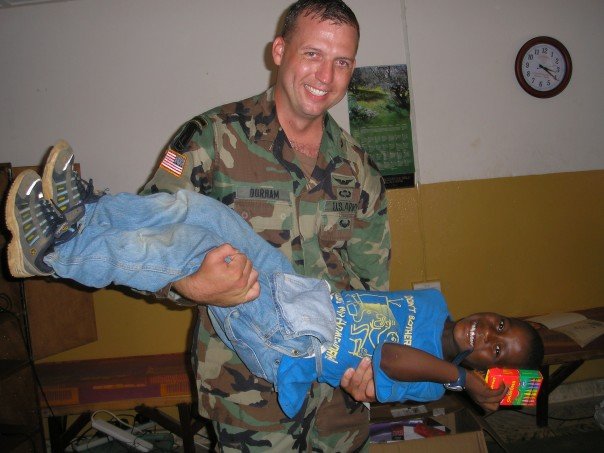 It would be quite something for our children to see the unadulterated pure joy these children garner from a life so seemingly bereft of material possessions. 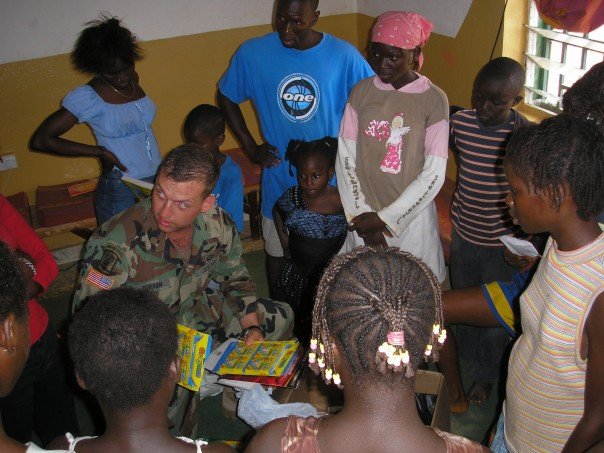 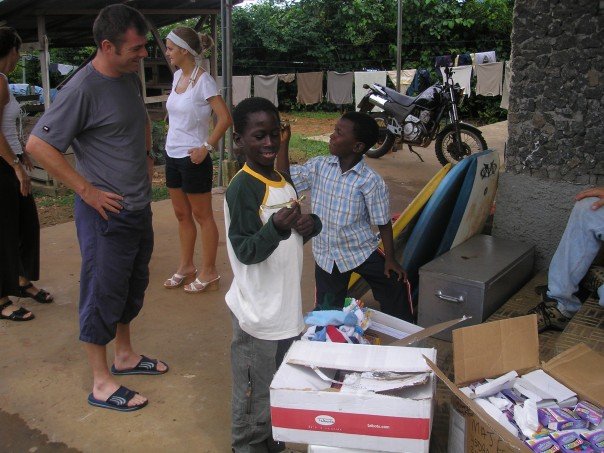 I think, like it did for Eric and I, it could really touch a deep part of their hearts, that it could forever change the way they see their own lives, ignite a sense of gratitude hitherto quite alien.

But grant Alex his dues; he has already offered to give a Sierra Leone family our own house, and $2000 to boot:-)

Travel is the only thing you buy that makes you richer.

I truly resonate with this. I hope my children inherit our travel bug hearts.

How has travel inspired you, leaving an indelible mark?  I’d love to hear your experiences in the comment box below.

Namaste, and have a bright and beautiful rest of your day!