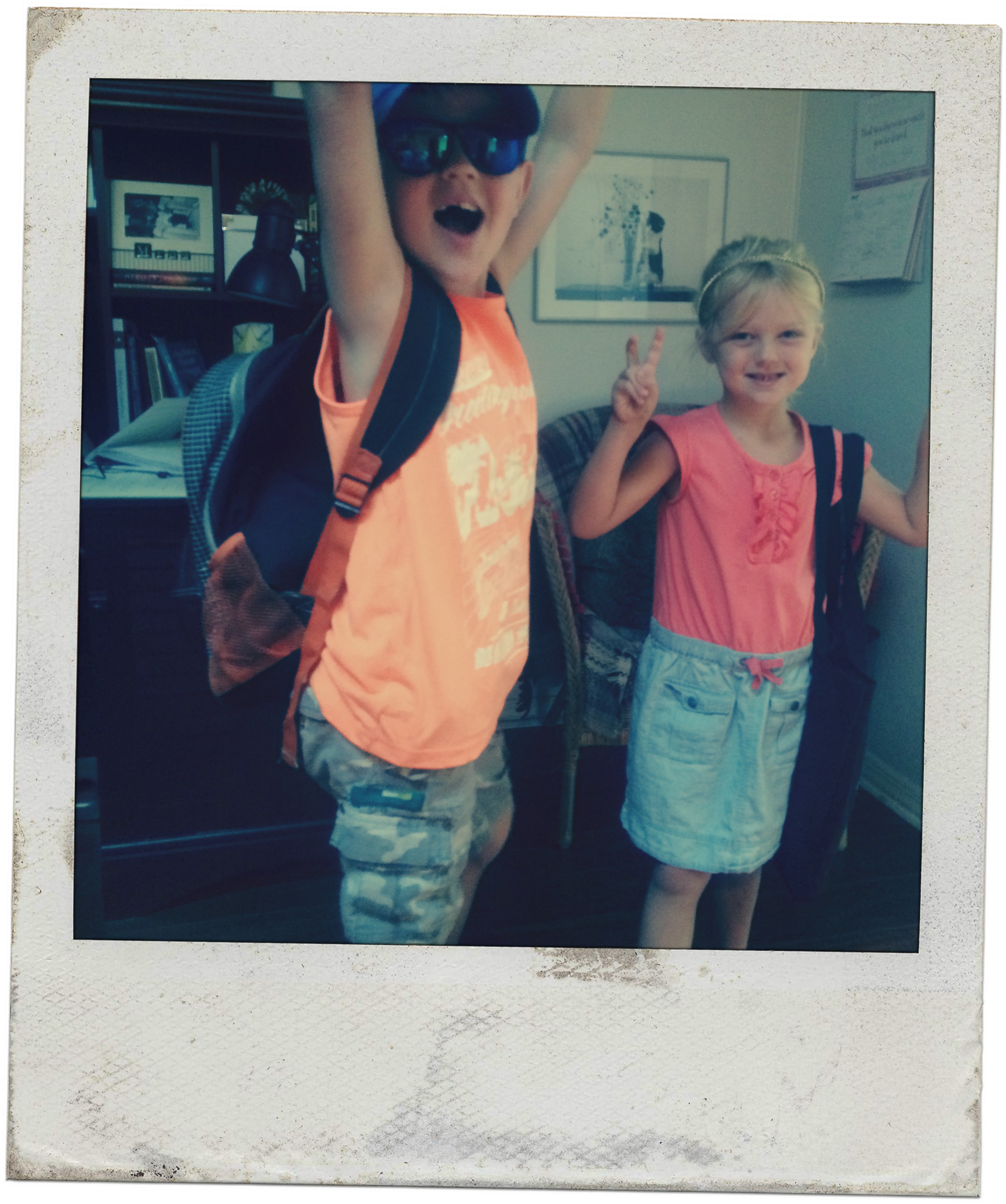 Mixed emotions: Yesterday was the final day of school for my children, and the long onslaught of a nigh three month summer break….in the humid Florida heat. Oh who am I kidding?! I’m looking forward to negating bustling school mornings, hurriedly shepherding the kids into school for more relaxed morning scenes for a bit. We’ll actually get to use our pool rather than it just sitting there, twinkling in the sunlight, suggestively.

Yet, being British and only familiar with the six week summer break, it seems such a tremendously long time to have the kids at home! I’ll have to find ways to peel my son away from screens, which his ADHD brain gravitates to like moths to bright light. Sophie on the other hand, or Miss Sassy, will want a plethora of activities from dawn till dusk.

The academic implications of a long break have swum around my brain too. Surely they’re bound to forget subtractions and telling the time and writing? But mummy will try to not let that happen. As last summer, I’ll peer over their shoulders as they complete workbooks for the upcoming Grade. Sophie will fervently complete page after page whilst Alex will grumble and groan over having to do any at all.

But this summer the plan is to do more than academics. I want to teach my children life skills. They’re at this delicious age now-five and seven- where not only are they far more portable than ever, but knowledge sponges also.

I’d like to not only keep the academic steamtrain rolling, but also introduce them to nutrition, money-management, religions around the world, geography and spirituality. I want them to plan and prepare meals, with momma’s help. Then I thought we might play with social and nicety/etiquette skills, for instance how to lay a dinner table (I’m sure their Grandpa is championing this from heaven. In fact, he probably planted the thought to start with:-)

Last night, as a taster of what they might expect from ‘mummy’s summer curriculum,’ we watched the controversial ‘Super Size Me.’ It is a PG13, yes, but having watched it before I talked loudly over the bits where vegan girlfriend discussed her boyfriends sagging decline in their love life, thanks to too many super-sized Macydees. Unfortunately the odd F—bomb, delivered with such passionate force, was less easy to disguise, but, seeing as Alex has already become acquainted with that word at school (and naturally enlightened his little sister), I deemed the show’s potency worth negotiating the naughty bits for.

Its about a guy, Morgan Spurlock, with a vegan chef girlfriend  (says it all) who eats nothing but McDonalds for a month. He must eat the entire menu for thirty days, for three meals a day and super-size the portions. It was staggering how much weight he put on, how damaged his liver became and how depressed he seemed, compared to the chipper, health-conscious chap at the beginning.

Eric said it was a load of tosh, and even posted an article on Facebook, stabbing at its validity in protest. Exaggerated or no, it had the desired effect. My children arched their eyebrows, urghed at actually what bits of the chicken go into nuggets and finally concluded they didn’t want to go to McDonalds ever again. Or at least much. (No one can deny how good it tastes).

My ever-wise Sophie, sniffing hypocrisy, said “Mummy, isn’t alcohol bad for you too? Why are you drinking wine?”

Darn. I hadn’t seen that one coming.

Then, unfortunately wine-less, we chatted about ingredient labels and rifled through the pantry to grab random tins, discussing what might be healthy and what’s not.

I find in my attempts to educate my children I too am receiving more than I imagined. We bond, we snuggle, laugh, ooh and ah, we raise questions and Google answers. We plan and wonder and share ideas.

Although I look at my mom friends who home school as nothing short of earth angels, and wonder at their enviable qualities of time and patience and devotion and quite frankly, all-rounded intelligence, I can see the appeal of educating our wee ones too.

The world is pressing, hypnotically, into the conscious and subconscious minds and hearts of our impressionable children daily. We don’t have American TV but I hear the advertising, rife with junk, is a parental woe. Then there’s the billboards peppered all along the side of the road, sometimes alluding to quite controversial ethical subjects, many of which hippy-hearted mummy here grossly disagrees with. Not to mention the bumper car stickers, startling array of fast food chain restaurants…and now Donald Trump. But that’s enough of that, my mother taught me never to discuss politics or religion:-)

Point is, its ok for me to invest a little of myself into my children. I don’t want to turn into that mum out of the movie ‘About a Boy’ (Netflix)! who dresses like a duckling, obliges her kid into veggie-nism and forever bashes fast-food giants, societal issues and government conspiracy. Although- despite her tendency for suicidal despondency- I actually think we’d get on rather well. I have happier version friends like her. Yet coercing my children to see the world in my way, when they so desperately seek peer acceptance, feels an uncomfortable fit for parental me.

I just want my two to make conscious choices, based on balanced information. I want them to be critical thinkers, not mindless sheep who follow the status quo without question. Yes, I imagine they might be rebellious teens. You can hold me to this oh- wiser- mums- who- have- teens, but I would rather a spirited kid who tests the boundaries than one who does things just because they think they should, and all their mates do.

I can almost imagine the coffee spurting between teeth at my unabated ignorance. Just you wait, you think, just you wait!

So Happy Summer to all my American mom and dad readers! The very best of luck is perhaps more like it. 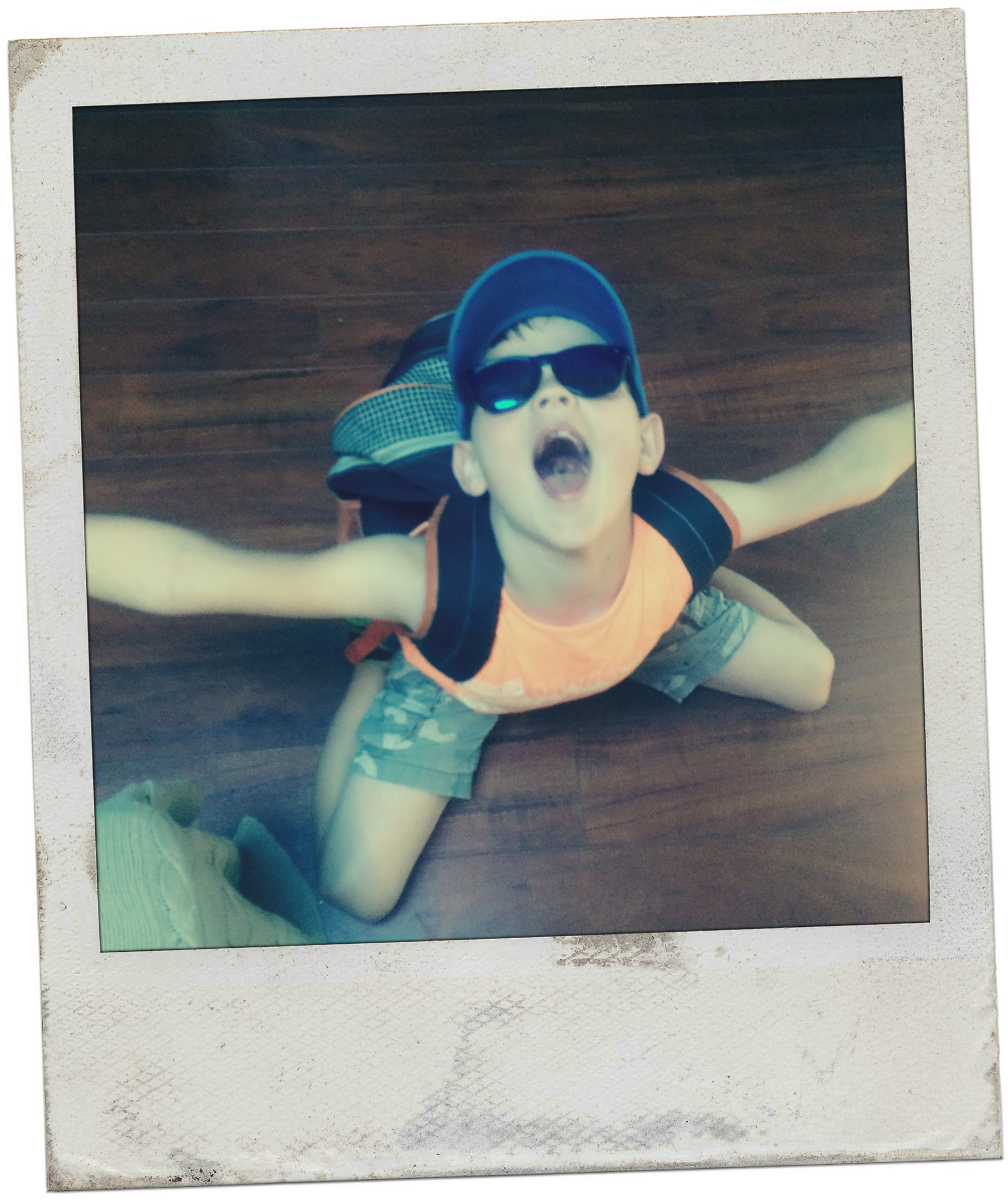 Talking of summer curriculums, I really should loose the dressing gown and look lively.  I’ve the energy-balls pictured to manage.