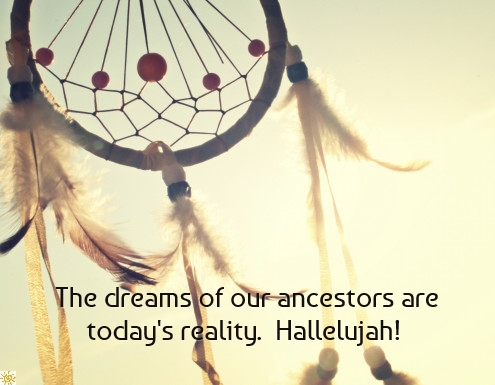 Imagine living in a single room with your large family, working in an environment that was breaking your back, or in a factory so thick with cotton dust that the threat of  byssisnosis, a lung disease, was killing your co-workers and snapping fear into your mind daily.  Imagine having to collect human waste from outdoor privy’s at night, to earn a few extra pennies, after a hard day’s work or having to break rocks apart, and with those rocks your body too.  Imagine, in your utter despair, having to turn yourself and your precious, young children into the workhouse, where you would be separated, treated as animals and forced to work long hours with only a bowl of watery gruel and a mattress-made by you- for your pains.

Being physically and emotionally beaten down, as if some worthless work machine, was typical of the soul-crushing reality of Victorian Britain.  Grubby-faced, rotting teeth, empty, aching belly, sleeping amongst rats and enduring fitful sleeps, interrupted by your freezing, shaking body was not uncommon during this period.

Alright, Yvette, where’s the bright bit?!  It’s coming, my friend, just bear with me as I explain:-

There has been this brilliant history program on the BBC lately called 24 Hours in the Past. 6 celebrities to all intents and purposes time-travel back to Victorian Britain, through incredible staged sets and Victorian sites, some real, such as the workhouse, with Victorian actors and historians to ensure every teeny detail is consistent with what we know about the Victorian era.  They are forced to endure 24 hours in the dreaded workhouse (where only the destitute would think about turning), a coach inn, in service, an industrial factory and cleaning the streets of horse manure and other necessary but stomach-churning jobs.

Surprisingly-and news to me-75% of the British population in Victorian times were working class: 75%.  So this means that this type of hand-to-mouth existence accounted for ¾ of our ancestors.

We often think of the Victorian era as our Golden Age; industry was booming, in fact we were the super power of the world, and Queen Victoria was not only the Queen of Great Britain and Ireland but also the Empress of India.

This power did not come easily, and the average Victorian had to endure daily hardships and realities that we think of today as abhorrent.  The ingenious format of this program, effectively immersing 6 modern day people into the past, touched the participants on a deep level.  It reduced them to tears, revulsion, revolution and despair.  And they only had to endure these conditions for 4 days.  Imagine a lifetime.

Here are some of their comments, peppered throughout the 4 programs:-

Tyger Drew-Honey played the role of potman in a coaching inn.  Upon reading the diary of Victorian potman he says he was “so worked and unhappy that he cried everyday.”

“Ah, mate, if you could have lived in the 21st century,” Tyger says, moved to tears with not only his horrific experience that day as potboy but seeing his very own thoughts and emotions reflected in this 19th century potman’s account, “You’d bloody love it, mate.”

Gosh, how sobering.  We have so much, and in many cases its thanks to our Victorian ancestors who worked so doggedly so that we might have clear running water, industry, medical advancements, electricity and creature comforts that have evolved far beyond their wildest imaginings, I’m sure.

The most effective way to feel happier instantly is to sit back in reflection with what we are grateful for.  Today offers us a banquet of blessings to count: central heating, the benefit system, anesthetic, indoor loos, proper sanitary, cars and planes to make travel not only efficient but possible, the right to vote, regardless of gender or class.  Between us, I know, we could fill not only a paragraph but an article of things we enjoy today that were at best only the furls of a pipe dream back in Victorian Britain.

They say the past is another country: Too true.  Of course, it is not only Victorian Britain that had these hardships, the world over.  Not only can we peek back at the past and be staggered at what they teach us to be thankful for, we can also bring back to the 21st century what they held so dear.  As 24 Hours in the Past participant Alistair McGowan says, “there were so many things in the past that were so valuable that we’ve just lost.”

He doesn’t expand on what but pulling threads to a conclusion I would hesitate to guess that he means we are loosing our connection with others, perhaps drowned out by the lure and addiction of technology.  We, too, are negating learning valuable skills such as mending clothes, cooking from scratch and making ourselves self sufficient.

Compared to the stench and unforgiving reality in Victorian Britain, we are most assuredly living on the bright side of life now.  But we, in our keenness to reach the next moment, would serve ourselves and others well to look over our shoulder and into the past now and again.  After all, this was our great-grandparents world.

What makes you delighted to be living today?  We are so fortunate!  We have opportunities and freedoms and experiences that are a Victorian’s marvel.  Are we going to harness our modern day empowerments, or let them drift past?

Namaste, most powerful one.  Have a bright and beautiful day:-)